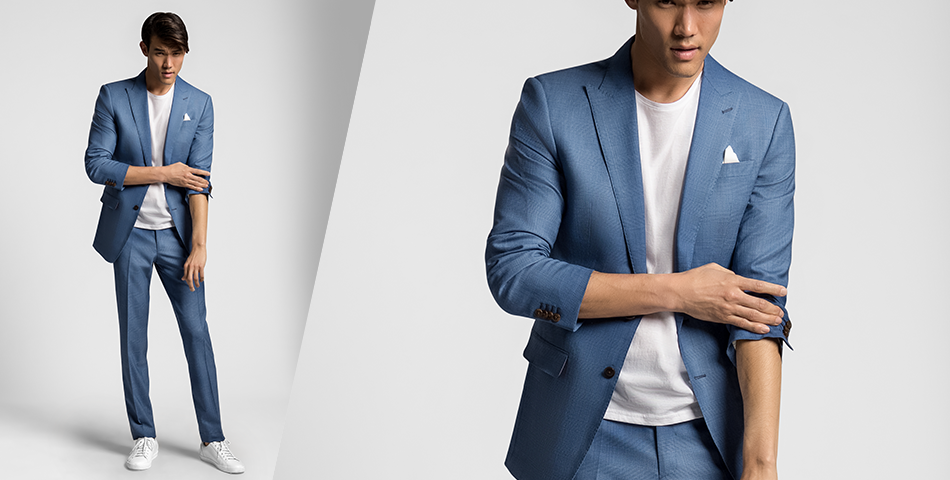 Bored of the same outfits?

Want to try out some new styles?

Have a look at these ideas and see which ones work for you.

One easy way to make an existing set of clothes feel new is the mix them up. While we tend to buy suits as one item, it can make a big difference if we simply try some new combinations of jackets and trousers. This simple switch can make two tired suits feel a new fresh garment.

While a suit tends to be classed as formal wear, pairing , a tailored jacket with a pair of smart, yet casual, trousers is a way of maintaining a smart appearance while simultaneously creating a look that is much more casual and friendlier.

While a smart pear of leather shoes is always a good choice when deciding on which footwear matches with your suit, it is also a novel idea to occasionally choose a smart pair of sneakers to compliment your suit. We’re not talking the trainers you wear down at the gym, or go dog walking in the park with, no, instead we are talking about classy, leather sneakers hybrids that have become more popular in recent years.

By removing the shirt from the ensemble, and simply wearing a t-shirt instead, you are showing the world that you value both comfort and appearance. Initially, this look was mainly used by creative types, but in recent years, traditionally formal jobs such as bankers have been embracing this style of wearing a suit.